The beer punks of Ellon team up with the non-conformists of Oslo for a massive treat, the Mallow Mafia, a “Russian Imperial Stout” brewed with the additions of coffee, cocoa, and marshmallows.

This beer is being evaluated as a Spice, Herb, or Vegetable Beer (30A) with the Imperial Stout (20C) as the base style in the context of the 2015 Beer Style Guidelines of the Beer Judge Certification Program (BJCP). The most current version of the guidelines can be found on the BJCP website.

A jet-black liquid with a brown head, Mallow Mafia screams chocolate-coated marshmallows on the nose. This Imperial Stout has a full body with a syrup-like mouthfeel. The latter, we think was contributed largely by the addition of marshmallows. In addition, the palate is composed of flavors reminiscent of bitter, dark chocolates and dark-roast coffee. Mallow Mafia ends with lingering notes of tablea tsokolate or cacao chocolate. 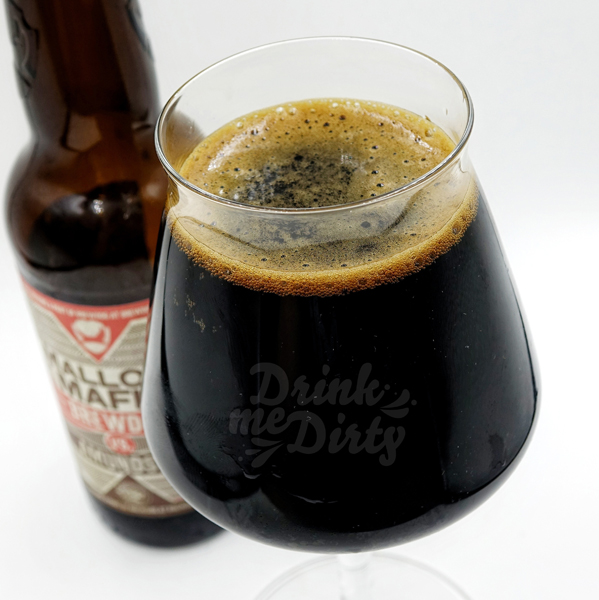 Overall, Mallow Mafia is a very delectable Imperial Stout. We are impressed by how the marshmallows contributed to the aroma of the beer (and maybe mouthfeel) without inducing an overpowering sweetness to the palate. This eventually allowed for the darker notes of chocolate and coffee to surface.