Black Metal (Ghost 968) is the take of Adroit Theory (Virginia, USA) on the “old” beer style from Düsseldorf, the Altbier.

This beer is being evaluated as an Altbier (7A) in the context of the 2015 Beer Style Guidelines of the Beer Judge Certification Program (BJCP). The said guidelines were used since we reviewed this beer before 29 December 2021, the date of publishing of the 2021 update. The most current version can be found on the BJCP website. 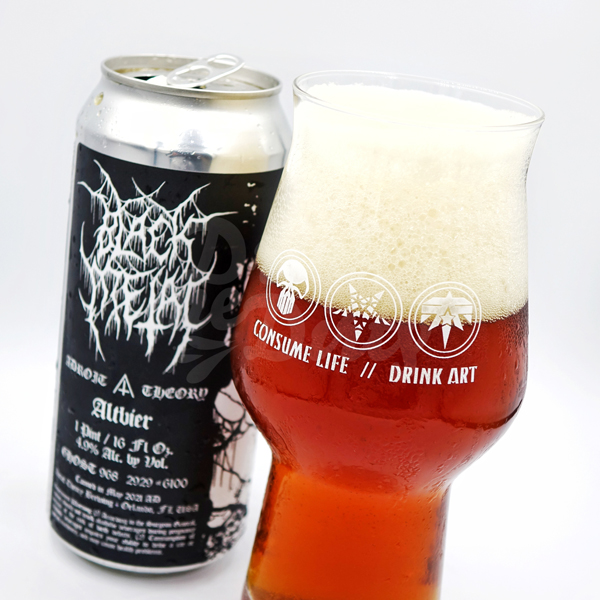 Adroit Theory’s Black Metal (Ghost 968) is a crisp, malty yet bitter Altbier. Bitterness and malt presence were crucially in harmony, while its crisp, lager quality made this a great thirst-quenching alternative to its hop-forward peers. Very good.