This beer is being evaluated as a Mixed-Style Beer (34B), combining Specialty Wood-Aged Beer (33B) and Spice, Herb, or Vegetable Beer (30A), with English Barleywine (17D) as the base style in the context of the 2015 Beer Style Guidelines of the Beer Judge Certification Program (BJCP). Since this beer was reviewed before 29 December 2021, the mentioned guidelines were used. The 2021 Beer Style Guidelines, which is the most current version, can now be found on the BJCP website. 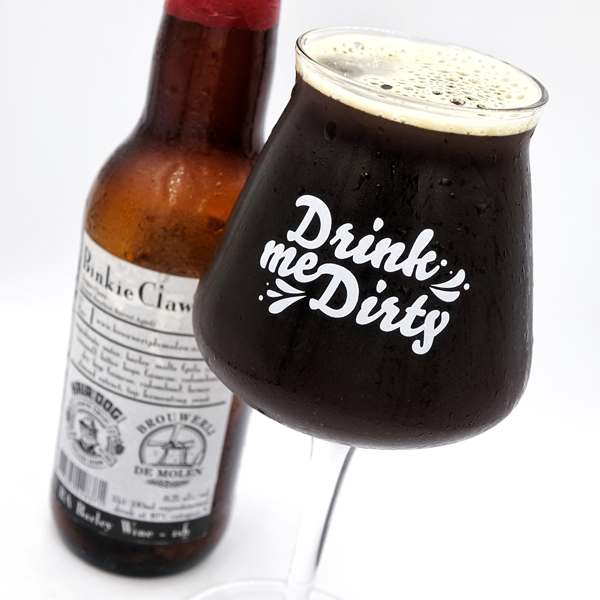 Binkie Claws BA Almond is rich, complex, and sipping beer that features unusual combinations of aromas and flavors but were presented in a cohesive manner. This was benchmarked as an English Barleywine as the base and not American due mainly to the lack of hop flavor and bitterness known in the latter.

As a barleywine (or “barleywine-ish”), Binkie Claws embodies the body, residual sweetness, and malt presence attributed to the typical English variant. Almond was present, and its syrup-like character enhanced the residual sweetness of this beer. Further, the presence of the barrel was also noted albeit in the background. Overall, we think this Binkie Claws is a creative and excellent take on the style considering the barrel-ageing process and addition of almond extract.

Related Reviews:
Brouwerij de Molen
Hair of the Dog Brewing Company
Craft Beer from Netherlands
Craft Beer From the US