The Manila-based Half Baked Brewing Collective aims to raise voting awareness in the Philippines by bringing the #IVotedTodayBeer campaign of Tired Hands Brewing Company onshore. The beer for this cause is a juicy New England IPA (7.6%) based on the recipe of Tired Hands.

#IVotedTodayBeer is a campaign spearheaded by Tired Hands from Pennsylvania designed to support every American’s right to vote last 3 November 2020. The mechanics of this campaign take after #AllTogetherBeer by Other Half Brewing Company (New York) and #BlackIsBeautifulBeer by Weathered Souls (Texas) in which the host brewery creates an open-source base recipe complete with the design materials available for any brewery to interpret for free. In this case, the base recipe is a Double Dry-Hopped (DDH) American Pale Ale.

The proceeds are then donated to a beneficiary of choice related to the cause. For this voting-awareness campaign,  Tired Hands encouraged breweries to donate some or all the proceeds to an organization that will make voting accessible and fair to all Americans. In this spirit, Half Baked will be donating a portion of the proceeds to a nonpartisan organization in the Philippines that educates young people on the importance of voting. 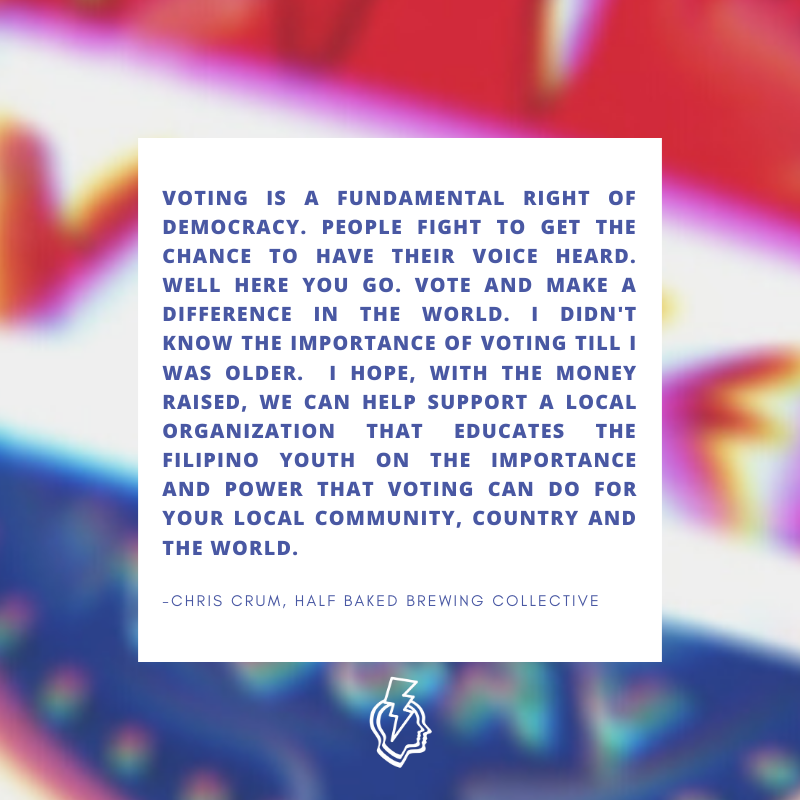 Beginning November 9, voter registration 🗳 will be from Monday to Friday to make way for disinfection in Comelec offices during Saturdays. The previous schedule was from Tuesday to Saturday. 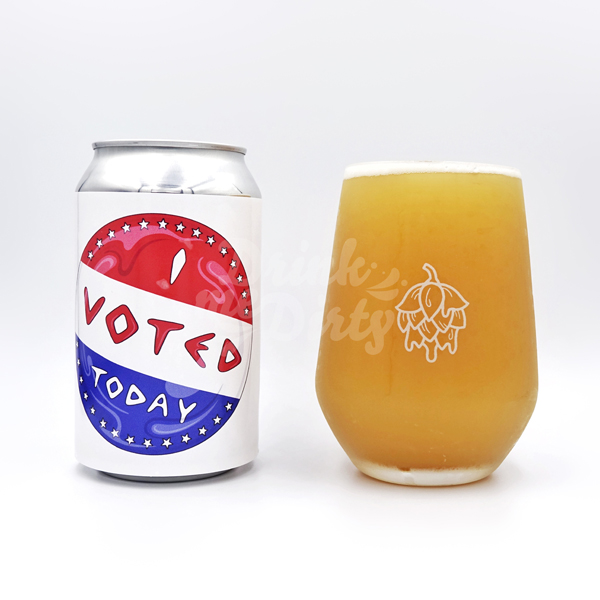 This beer is being evaluated as a Specialty IPA: New England IPA (21B) in the context of the provisional guidelines of the Beer Judge Certification Program (BJCP) for the said beer style. The most current version of the guidelines can be found on the BJCP website.

Hazy pale gold with a white head that flats out after a while. This NEIPA blooms with that signature Half Baked mango peel scent. Medium-full bodied; appropriately carbonated. Ripe mangoes return as a flavor with faint impressions of orange, anise, and black peppers. There is a very light sensation suggestive of a hop burn. Bready malt backbone; tamed bitterness and sweetness. Light mango sweetness and powdered sugar meld as the aftertaste.

First impression: I Voted Today is a very juicy and tasty NEIPA that highlights the signature ripe mango characters Half Baked is known for. As frequent drinkers of Half Baked’s NEIPAs, we found this to be softer and “gummier” on the palate compared to the previous ones Chris had brewed. We think this is an improvement. The next batches could lessen or remove the hop burn-like sensation and the faint black peppery heat noted. Will we drink this beer again? Definitely.