Ghost in the Laboratory is a Hazy IPA collaboration between two craft breweries at the frontier of the hazy beer revolution: Equilibrium Brewery (New York) and Parish Brewing Co. (Louisiana). This Hazy IPA features a mashed up grain bill from Straight Outta the Laboratory of Equilibrium and Ghost in the Machine of Parish and was brewed with a massive dose of CO2 extract, Citra Incognito, Citra T90, and Citra LUPOMAX. This is the heaviest dry-hop in Equilibrium’s history.

Hazy straw; medium white head. A prominent duo of ripe mango peel and peach surfaced up front with a “dank” quality to it. Additional rambutan and guavas were noted as the beer settled. Medium-full-bodied; moderate carbonation. Flavor profile unleashed moderately high juicy mango rinds with a touch of lemon zest against a low backdrop of bready and oaty malts. Medium-low bitterness; low sweetness but still has that juicy quality. Like the aroma, additional guava was noted as the beer approached ambient temperatures. Ghost in the Laboratory finished slightly dry with lingering resin, mango peel, and guava. 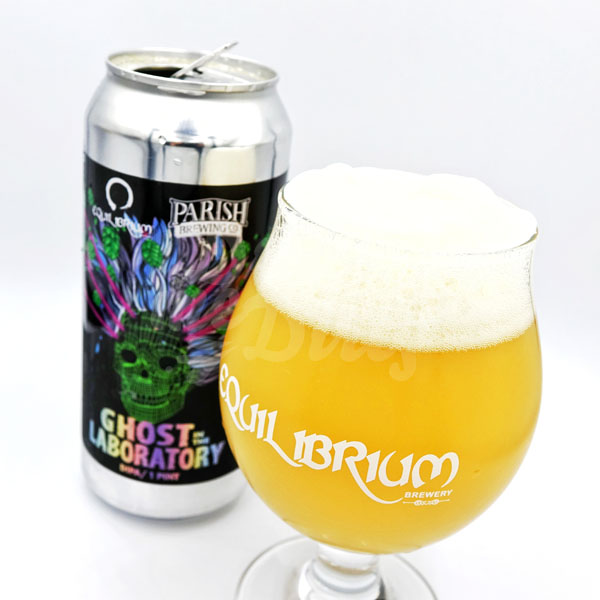 Ghost in the Laboratory is easily an outstanding take on the Hazy IPA style. This was not a surprise given that both Equilibrium and Parish have been at the forefront of this hazy beer revolution for quite sometime now. It is quite a flavorful and juicy beer even without excessive sweetness; ultimately, a very crushable or drinkable IPA.