Pours semi-opaque dark brown; no head but visible clumped oil. Simple Tricks & Nonsense smelled like rich and decadent chocolate bar with a vanilla accent. Mouthfeel could be described as medium-full-bodied, moderately-low carbonation, and smooth. The noted decadent chocolate on the nose was also translated to the palate against a subtle backdrop of bitter and roasty coffee. Bitterness was at a notch higher than the moderate sweetness. This Imperial Stout finished long with lingering flavors of bitter dark chocolate. No hints of alcohol. 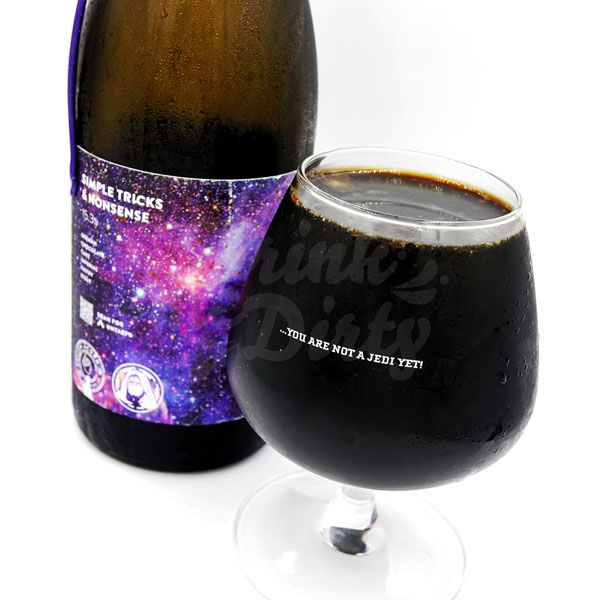 Simple Tricks & Nonsense is a liquid chocolate bomb. This is probably one of the finer beers on this spectrum we have tried. Chocolate and vanilla were a heavenly tandem, while the presence of bitter roasty coffee kept this Imperial Stout grounded. The absence of perceived alcohol also enhanced the drinkability of this beer.