New Frontier (新天地) encapsulates the never-ending thirst for exploration of lager beers by Kyoto Brewing Company in Japan. This release is their representation of the “Italian-style Pilsner” popularized by Birrifico Italiano with Tipopils. Bavarian hops in the form of Spalter Select and a blend of Belgian and German malts were used.

This beer is being evaluated as a Mixed-Style Beer (34B) with the German Pils (5D)as the base style in the context of the 2015 Beer Style Guidelines of the Beer Judge Certification Program (BJCP). The said guidelines were used since we reviewed this beer before 29 December 2021, the date of publishing of the 2021 update. The most current version can be found on the BJCP website.

Clear straw with a foamy white head. Moderate fruity and zesty scents (e.g., lychees, orange peel, and pears) with a light malty note on the nose. Light-medium-bodied; moderately high carbonation. Like the aroma, the flavor profile was dominated by moderate fruity and zesty flavors, think of lychees, lemon peel, and pears, but with a low tea-like character. Malt was also medium in intensity combining sweet honey-like and cracker malt tones. Residual sweetness was moderately low, while bitterness was significantly lower; both enhanced the drinkability of this beer. New Frontier concluded with lingering flavors of honey, lychee, and lemon zest but with tempered sweetness. 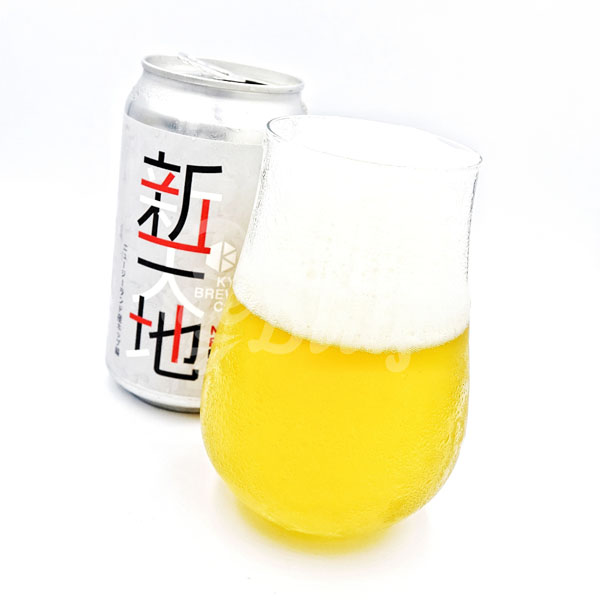 An “Italian-style Pilsner” is not an official style, but it can be likened to German Pils dry-hopped with European hops for maximum aroma. New Frontier matched the expectations as fragrant and moderately fruity-zesty lager. Aside from the appearance, this beer also showcased other hallmark qualities of a German Pils such as the honey and cracker-like malt flavors, clean fermentation profile, and dryness. As a lager, we think this beer would have much more intense aromas if consumed fresh on tap.

It is refreshing, flavorful, and thirst-quenching; excellent.

Recommended Reading:
How One Beer Birthed an American Crop of Italian-style Pilsners (Craftbeer.com)