Revisiting one of the more memorable Pastry Stouts from 2021: Imperial Banana Cronut Stout by Northern Monk, in collaboration with Emperor’s Brewing and Saint Croissants, is a massively decadent pastry stout with additions of peanut, Biscoff, cacao nibs, and banana puree.

The Patrons Project is an initiative by Northern Monk to foster collaboration, creativity, and community between artists, athletes, and creatives across Northern England through curating beers that represent each chosen patron. The beers from the 32nd series are tributes to various culinary tastemakers.

This beer is being evaluated as a Alternative Sugar Beer (31B) with the Imperial Stout (20C) as the base style in the context of the 2015 Beer Style Guidelines of the Beer Judge Certification Program (BJCP). The said guidelines were used since we reviewed this beer before 29 December 2021, the date of publishing of the 2021 update. The most current version can be found on the BJCP website. 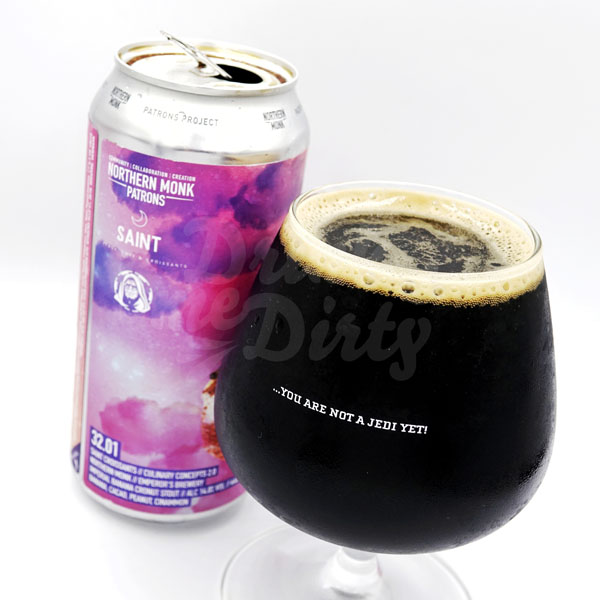 Imperial Banana Cronut Stout lives up to its name with its…pastry-inspired aromas and flavors. It is a sweet beer meant to be shared with friends but there is something beyond the sweetness: mainly raisins, banana, and peanut butter. More bananas would be nice.

This one is definitely not for the Imperial Stout purists, but overall, Imperial Banana Cronut Stout is a very good take on this contemporary style.