Part of the Silver Series 2020 of Pühaste Brewery, Beta Triangulum is a triple collaboration of the Estonian brewery together with Browar Stu Mostów (Poland) and Moersleutel Craft Brewery (Netherlands). Beta Triangulum is an Imperial Stout brewed with beetroots and was aged in rye whiskey barrels.

This beer is being evaluated as a Mixed-Style Beer (34B), combining Specialty Wood-Aged Beer (33B) and Spice, Herb, or Vegetable Beer (30A), with Imperial Stout (20C) as the base style in the context of the 2015 Beer Style Guidelines of the Beer Judge Certification Program (BJCP). The said guidelines were used since we reviewed this beer before 29 December 2021, the date of publishing of the 2021 update. The most current version can be found on the BJCP website. 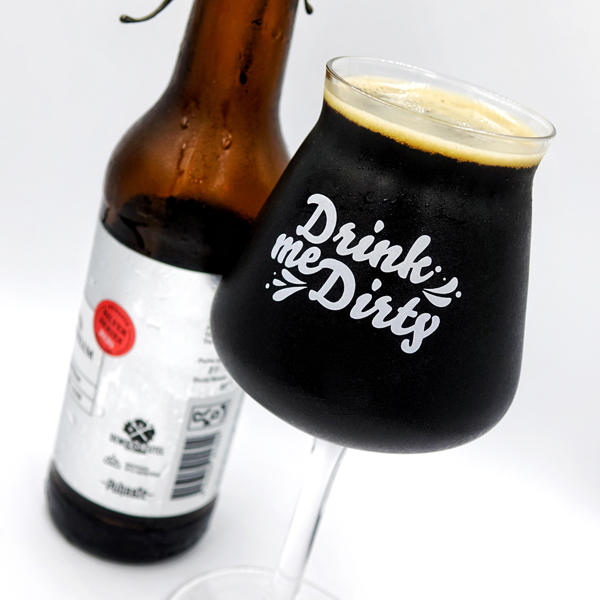 Beta Triangulum is a unique take on a barrel-aged Imperial Stout that explored what beetroot could bring to the table. The result is a massively dry, roasty, and bitter dark ale with accentuated earthiness likely from the vegetable– an antithesis of the contemporary “Pastry Stouts.”

Mouthfeel felt relatively thinner than most Imperial Stouts, including those barrel-aged. Rye whiskey took a while to surface and seemed to have imparted additional spiciness and dryness as the beer settled. A bit more of the rye whiskey could spice this beer up further, but, overall, Beta Triangulum to us is an excellent concept.