This beer is being evaluated as a Specialty Wood-Aged Beer (33B) with Imperial Stout (20C) as the base style in the context of the 2015 Beer Style Guidelines of the Beer Judge Certification Program (BJCP). The said guidelines were used since we reviewed this beer before 29 December 2021, the date of publishing of the 2021 update. The most current version can be found on the BJCP website. 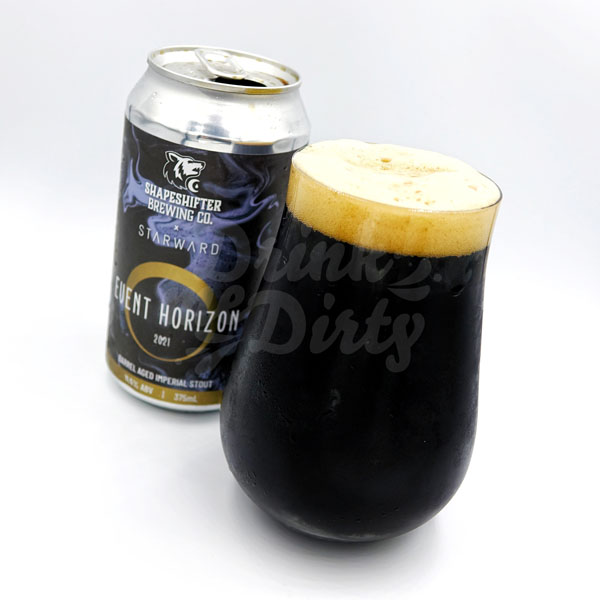 Event Horizon 2021 is an Imperial Stout aged wine barrels that were used to age whisky. The result is this wine-like Imperial Stout that featured mainly chocolate, dried fruit, and medium roast coffee. Alcohol and astringency were noted but not distracting; these qualities can be expected in beers of this style, particularly ones aged in wood. The characteristics of the showcased barrel were highlighted and added more character to this beer.

Event Horizon 2021 is probably not the beer for drinkers craving for a dark and roasty Imperial Stout; it carries itself as something more moderate, trading in roastiness for more dark fruit and wine-like characteristics. Despite this, we think a slightly roastier malt backbone and, perhaps, a fuller body could elevate this beer further. All in all, we find this to be a commendable take on the style.