Grapevine Manila commissioned a batch of Imperial Stout each from Half Baked Brewing Collective and The Marc’s & Tony Brewing Company as a bundled release for the Holiday season. These beers can be bought exclusively from the Grapevine Manila website.

Read More: Half Baked Joins #BlackIsBeautifulBeer to Support Justice and Equality for People of Color

With the Raspberry Imperial Stout, the Antipolo-based The Marc’s & Tony Brewing Company returns to the dark side after releasing the instant classic, the Lakatan Langka Stout last October. This was a beer of the same style but made with lakatan bananas, jackfruit, and coconuts. For this Grapevine exclusive, Tony brewed an oak-aged Imperial Stout with coconut, raspberry, and vanilla. 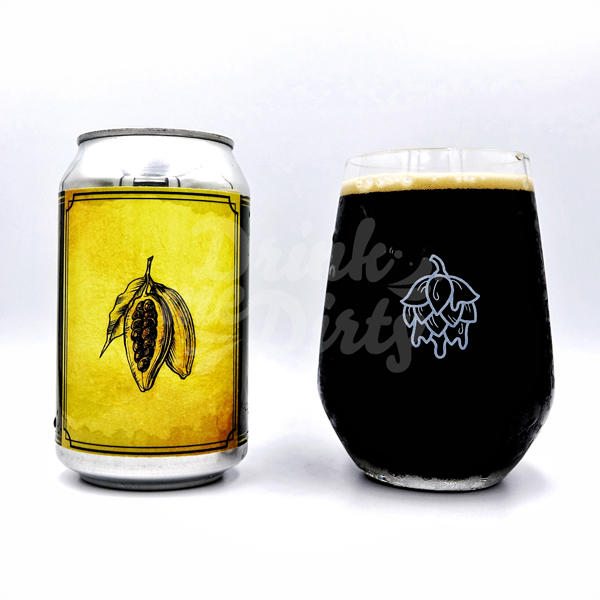 This beer is being evaluated as a Spice, Herb, or Vegetable Beer (30A) with the Imperial Stout (20C) as the base style in the context of the 2015 Beer Style Guidelines of the Beer Judge Certification Program (BJCP). The most current version of the guidelines can be found on the BJCP website.

Deep brown and partly opaque. Boozy liquor and cacao nibs on the nose; others noted more vibrant aromas such as cherry, maple syrup, biscuit, and hazelnut. Medium-full bodied with style-appropriate carbonation and wine-like dryness. Up front, cacao nibs and dark chocolate meld with wine and a few drops of rum for sweetness. As the beer settles, subtle breadiness surface alongside grape and lychee esters. Alcohol suggestive primarily of rum become more evident. The beer finishes dry and puckering; lychee and grape with a faint smoky character we associate with chocolate cookies in beer.

This beer is being evaluated as a Fruit Beer (29A) with the Imperial Stout (20C) as the base style in the context of the 2015 Beer Style Guidelines of the Beer Judge Certification Program (BJCP). The most current version of the guidelines can be found on the BJCP website.

The Chocolate Imperial Stout by Half Baked Brewing Collective is a dry, boozy, cacao-forward dark ale. The first few sips had a smoother showcase of the chocolates, but as the beer settled to room temperature, the booziness heightened by a notch. It is good, but not as impressive as their first version of the Black is Beautiful Imperial Stout. While the vanilla felt muted, we enjoyed how the cacao nibs were translated into the beer and provided some sort of backbone. However, the future iterations of the Chocolate Imperial Stout could have a fuller body with a more balanced approach on the rum or whatever spirit was used through a medium.

Meanwhile, Tony Sindayen of The Marc’s & Tony Brewing Company created a beer that delivered on the raspberry promise. In our opinion, the coconut worked well with the raspberry for the aromas, but the presence of the oak felt muted overall. This brew also felt lighter on the palate relative to the Lakatan Langka Stout, which is also an Imperial Stout that featured coconut. The raspberry addition appeared to have contributed some fruit tartness, so we think a more robust and roasty malt presence could hold this up better in the next versions.