Christmas is the most wonderful time for a beer. We return with another list of Philippine craft beers we think will make the Holidays worthwhile. Two of the three beers in this installment are from Palm Tree Abbey, a brewing trio specializing in sour beers. These guys are back with two unique brews just in time for Christmas Eve. The third and last beer is an Imperial Stout with coconut, ube, and mango brewed by the master brewer who needs no introduction– Tony Sindayen of The Marc’s & Tony Brewing Co. 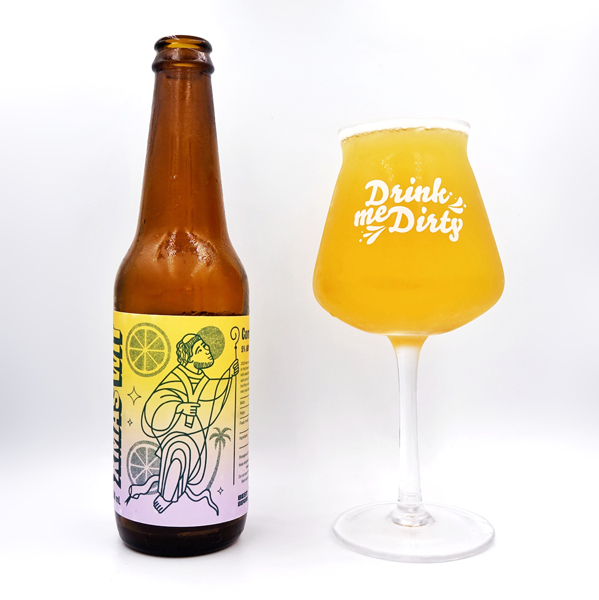 This beer is being evaluated as a Mixed-Style Beer (34B), combining Fruit and Spice Beer (29B) and Alternative Sugar Beer (31B), with Witbier (24A) as the base style in the context of the 2015 Beer Style Guidelines of the Beer Judge Certification Program (BJCP). The most current version of the guidelines can be found on the BJCP website.

If you are expecting something like Hoegaarden Wit, then we have bad news for you. This is not it. Comfort & Joy is a very refreshing Witbier with fruit and spices for sour beer lovers. For us, the sourness is more citrus tarty than lactic (e.g., kefir) and acetic (e.g., vinegar). The mentioned tartness really stands out, which might be too overpowering for others. Despite this, the hallmark coriander character reminded us that this was still a Witbier at its core.

Both the cinnamon and Belgian candi sugar did not surface explicitly. In fact, cinnamon has not been the most expressive ingredient based on our experience. As for the Belgian candi sugar, it is apparently not as straightforward as we first expected. The lightest of these sugars are noted to have virtually no impact on flavor and are simply ABV-builders. By contrast, the amber and dark variants are noted to impart subtle but noticeable flavors when used in sufficient quantities. 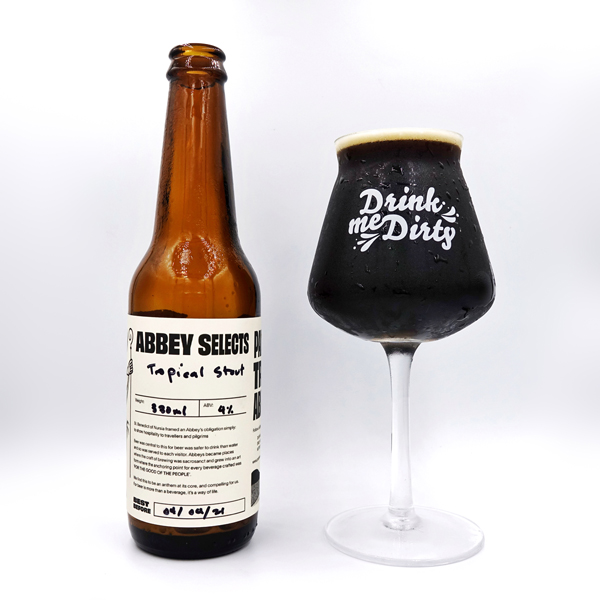 Released simultaneously with Comfort & Joy just in time for Christmas, Tropical Stout is the latest beer under the Abbey Selects series of Palm Tree Abbey.

This beer is being evaluated as a Tropical Stout (16C) in the context of the 2015 Beer Style Guidelines of the Beer Judge Certification Program (BJCP). The most current version of the guidelines can be found on the BJCP website.

Amber brown with some cloudiness; medium head that settles down. An aromatic medley of milk chocolate and strawberry-like on the nose– reminiscent of Meiji Choco Baby. An impression of rum becomes more evident as the beer settles. Medium-full-bodied with moderate carbonation; very smooth with a slight creaminess. Chocolate is the most evident flavor and is supported by light cacao maltiness and sweetness reminiscent of rum and light ripe fruits. Subtle dark roasty bitterness at the end; continues into the aftertaste melding with the familiar chocolate flavor.

This is the first beer of this style we have reviewed so we do not have other benchmarks for this yet. Nonetheless, the latest Abbey Selects from Palm Tree Abbey is an easy-drinking dark beer that showcases delectable chocolate characters supported mainly by rum-like and indistinct fruit sweetness. All these at an ABV lower than the usual. With Tropical Stout, we now think there is potential for these types of beers here in our country. We enjoyed this beer and hope this will be a regular release from these guys. 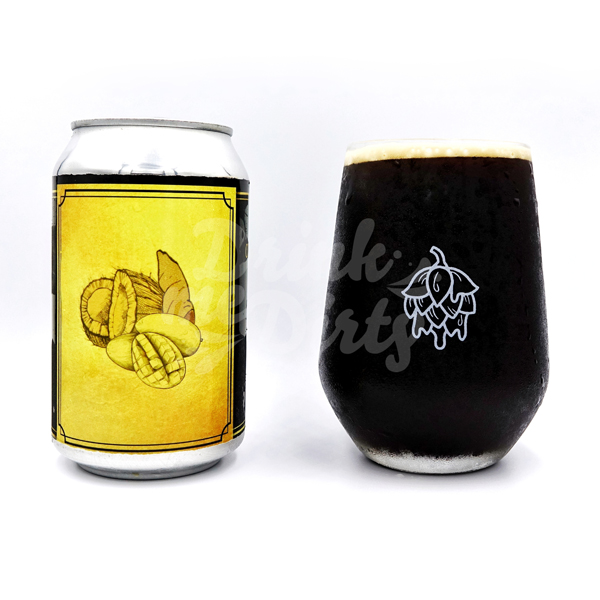 This beer is being evaluated as a Fruit and Spice Beer (29B) with the Imperial Stout (20C) as the base style in the context of the 2015 Beer Style Guidelines of the Beer Judge Certification Program (BJCP). The most current version of the guidelines can be found on the BJCP website.

Coconut (most likely toasted) is relatively the more evident featured ingredient in this Imperial Stout followed by the ube. As for the mango, it was not that explicit as expected. Now we understand the ordering of the ingredients in the name of this beer: Coconut, Ube, Mango.

We like how this Imperial Stout has a robust and roasty malty backbone sufficient to temper any overpowering sweetness from the fruits. If you are a fan of Imperial Stouts, then the only thing that could get in the way of you enjoying this beer would be your inclination towards coconut and/or ube. Maybe the next versions could showcase more of the mango characters.