БПАВК (B.P.A.V.K.): Chocolate / Strawberry / Marshmallow is an Imperial Stout brewed by Three Hills Brewing (UK). As the name suggests, this beer was brewed with chocolate, strawberries, and marshmallows.

This beer is being evaluated as an Alternative Sugar Beer (31B) with the Imperial Stout (20C) as the base style in the context of the 2015 Beer Style Guidelines of the Beer Judge Certification Program (BJCP). Since this beer was reviewed before 29 December 2021, the mentioned guidelines were used. The 2021 Beer Style Guidelines, which is the most current version, can now be found on the BJCP website.

Opaque deep brown; medium low head with fair retention. B.P.A.V.K. explodes with the ingredients listed on the label: strawberry candy, chocolate, and marshmallows. Medium-full-bodied, moderate carbonation; velvety mouthfeel. The three ingredients manifested as flavors in different aspects. Strawberry and chocolate were rich and akin to eating Black Forest cake, while marshmallows served as icing. Despite the adjuncts, bitterness and sweetness were both at moderately low levels. A low peppery burn was also noted and lingered into the aftertaste alongside strawberry syrup. 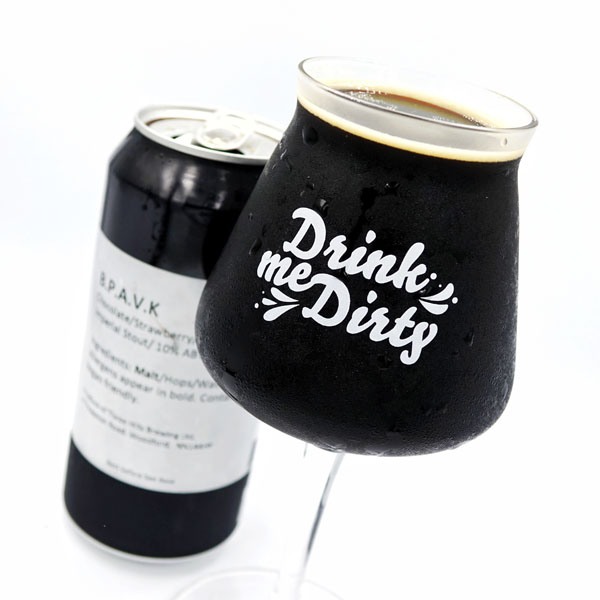 БПАВК (B.P.A.V.K.): Chocolate / Strawberry / Marshmallow essentially lives up to its name and manifested these flavors in a very palatable and balanced manner. Despite being a “Pastry Stout,” this beer did not have cloying sweetness like some examples of this style.

The aroma alone was out of this world, enticing us instantly with just a whiff. The low peppery burn could still be toned down, but this is just very minor considering how well this concept was carried out. Maybe next time we try this with vanilla ice cream. Excellent.