Singlespeed is a dark and roasty Imperial Stout from the Cebu-based craft brewery, Turning Wheels. The brewery is headed by brewer and avid cyclist, Michael Nikkel.

This beer is being evaluated as an Imperial Stout (20C) in the context of the 2015 Beer Style Guidelines of the Beer Judge Certification Program (BJCP). The most current version of the guidelines can be found on the BJCP website. 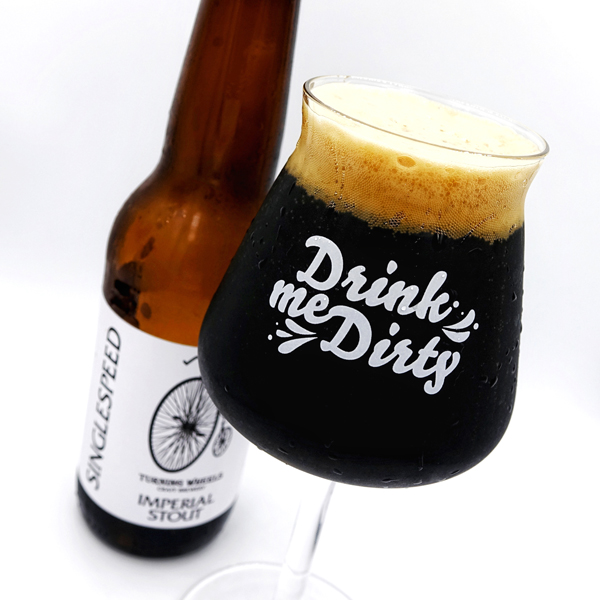 With its robust, dark, and roasty backbone, Singlespeed continues to cement itself as one of the most revered Imperial Stouts in the country and has, consequently, demonstrated that classic styles can stand the test of time. Despite minor variations through the years, Singlespeed, for us, has generally been a consistent brew that satisfied continuously our dark beer cravings. It is definitely a beer for people who enjoy dark and roasty black coffee. However, if there is one thing to improve on for this batch, it would be to have softer carbonation. Nonetheless, excellent.