This beer is being evaluated as a Mixed-Style Beer (34B), combining Alternative Sugar Beer (31B) and Spice, Herb, or Vegetable Beer (30A) , with Specialty IPA: New England IPA (21B) as the base style in the context of the 2015 Beer Style Guidelines of the Beer Judge Certification Program (BJCP). The said guidelines were used since we reviewed this beer before 29 December 2021, the date of publishing of the 2021 update. The most current version can be found on the BJCP website.

Hazy green like pandan leaf with a greenish white head. As expected the aroma profile showcased prominent and soothing pandan with supporting scents of bready malt, bamboo, and  even macapuno/coconut sport. Light-medium-bodied, moderate carbonation. Pandan leaves and vanilla dominated the flavor but with a syrup-like quality. Secondary flavors complemented the pandan: low lemon zest, low bready malt, and some fruity and dry coconut with an umami/savory impression. Medium-low bitterness and sweetness The aftertaste lingered briefly with hints of lemon zest, bitterness, and dried coconut. 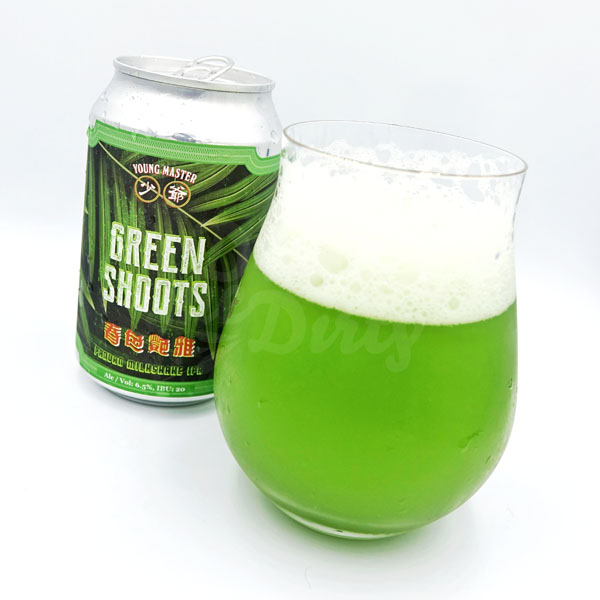 Novelty beers such as Green Shoots are challenging to benchmark since not a lot of breweries make them and, more often than not, do not have explicit style guidelines. In our opinion, Green Shoots, as a hazy IPA brewed with lactose and pandan leaves, is a very good concept. Pandan was definitely showcased, while bitterness and malt presence were still notable enough to remind its drinkers that this was still beer.