The Fall by Small Gods Brewing and Maltkult/Thief (New Zealand) is a modern take on the classic Belgian Dubbel. Copious amounts of dried fig were used to reinforce the natural and rich fruit character of the style.

This beer is being evaluated as a Fruit Beer (29A) with the Belgian Dubbel (26B) as the base style in the context of the 2015 Beer Style Guidelines of the Beer Judge Certification Program (BJCP). The said guidelines were used since we reviewed this beer before 29 December 2021, the date of publishing of the 2021 update. The most current version can be found on the BJCP website. 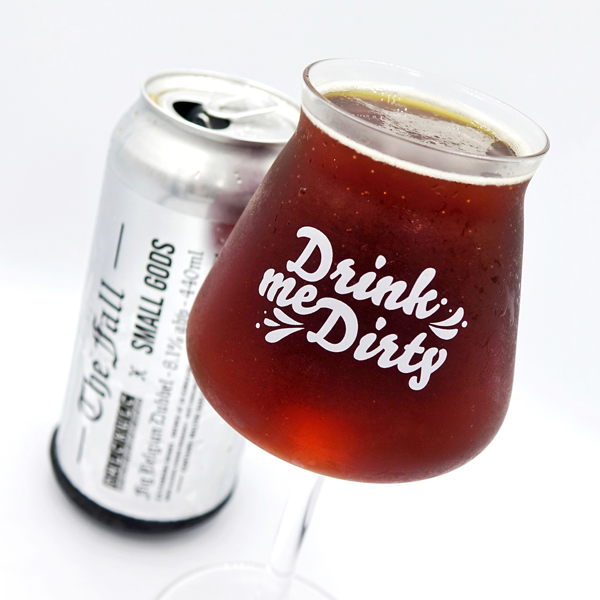 The Fall is a very good modern interpretation of the classic Belgian Dubbel that emphasized caramel malt and dried fruit qualities. Despite being more alcoholic than the usual beers of this style, this Belgian Dubbel exhibited the hallmark features of the style such as the malt presentation, phenolics, esters, and dryness.

However, we think the envelope could still be pushed further by having a much deeper and richer profile. Likewise, a thicker head could also be pursued as a nod to the classic examples. Oh, and the can design is a sight to behold.