Tanglad is a thirst-quenching take on a wheat beer by Banayad Craft Brew (Philippines) and was brewed with lemongrass (tanglad), orange, coriander, and ginger.

This beer is being evaluated as a Fruit and Spice Beer (29B) with the American Wheat Beer (1D) as the base style in the context of the 2021 Beer Style Guidelines of the Beer Judge Certification Program (BJCP). The most current version can be found on the BJCP website. 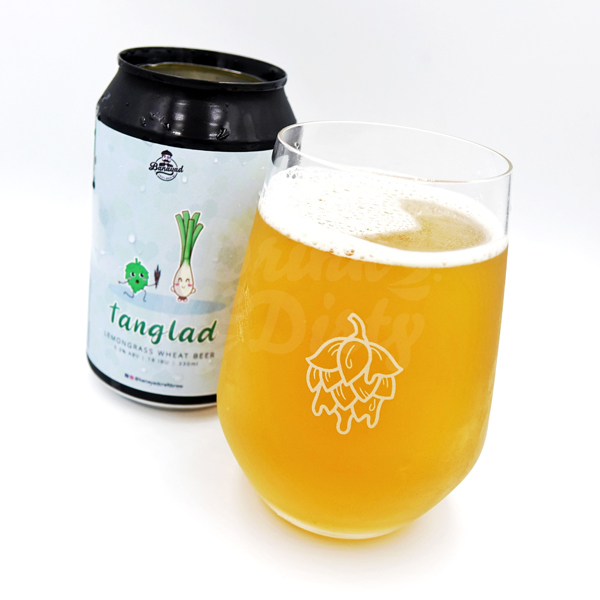 Tanglad, an American Wheat Beer that features primarily lemongrass, is a concept that worked well. It is a very light and refreshing beer suitable to drink after a workout.

Lemongrass was featured appropriately without it surfacing as raw or herbaceous. On the contrary, coriander, orange, and ginger were not as explicit as the lemongrass and may have likely played a supporting role. In our opinion, Tanglad could still have a taller head for presentation and slightly more carbonation. Very good.