Equilibrium Brewing was joined by Fidens Brewing Co. to create OG’s Axe, a collaborative spin-off to the latter’s recipe, Eugene’s Axe. OG’s Axes starts off with a massive oat base before Citra, Strata, and Galaxy hops were poured in. 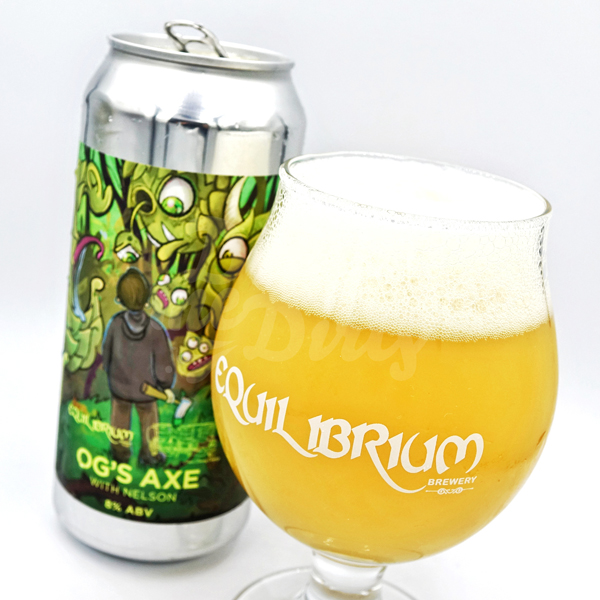 OG’s Axe is one of those Hazy IPAs that despite being dry, remained juicy and vibrant flavor bomb. The appearance is spot on, while the lack of residual sweetness, as perceived, may have even contributed to this beer being more drinkable. Hop flavor profile was complex and is another positive point of this beer. Overall, OG’s Axe is an excellent take on the Hazy IPA style.