This Stout is dark and full of flavors. Game of Thrones Castle Black is a Bourbon barrel-aged Imperial Stout (13.65% ABV) with vanilla produced exclusively by Mikkeller Brewing San Diego for HBO and Game of Thrones.

This beer is being evaluated as a Mixed-Style Beer (34B) combining Spice, Herb, or Vegetable Beer (30A) and Specialty Wood-Aged Beer (33B) with the Imperial Stout (20C) as the base style, in the context of the 2021 Beer Style Guidelines of the Beer Judge Certification Program (BJCP). The most current version can be found on the BJCP website.

Pours black with a brown head. Moderately high dark roasty malt aroma melded with medium-low accents of licorice, vanilla, and wood. Full-bodied, medium-low carbonation, subtle astringency likely from the wood-conditioning. As in the aroma, fairly-high flavors of licorice and dark roasty malt were at the forefront. In the background, subtle peppery heat, whisky, and wood surfaced; assertive bitterness enhanced the dark roasty malts with medium-low sweetness to offset. The finish was characterized by long lingering notes of malty sweetness, wood, and whisky. 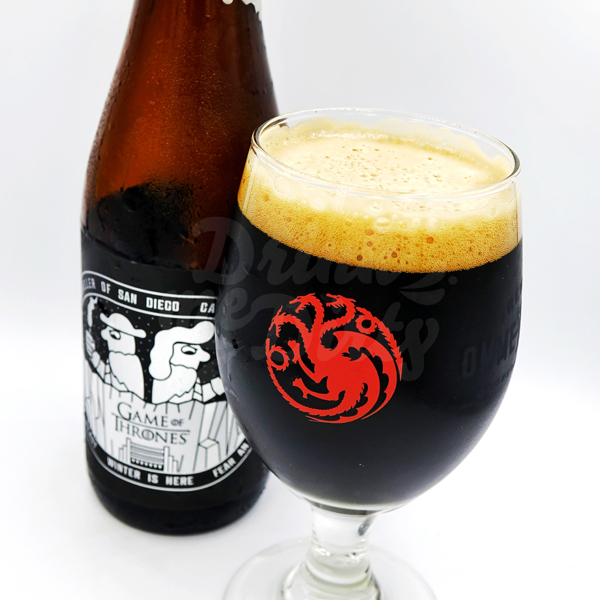 Game of Thrones Castle Black is something you would want to sip on a frigid evening on the Wall: it is dark, roasty, and warming with notable impressions of whisky and wood. Licorice, which was noted in both aroma and flavor, added more character to this full-bodied, highly potent dark ale. Overall, Castle Black is an excellent interpretation of the style.