This beer is being evaluated as a German Pils (5D) in the context of the 2021 Beer Style Guidelines of the Beer Judge Certification Program (BJCP). The most current version can be found on the BJCP website. 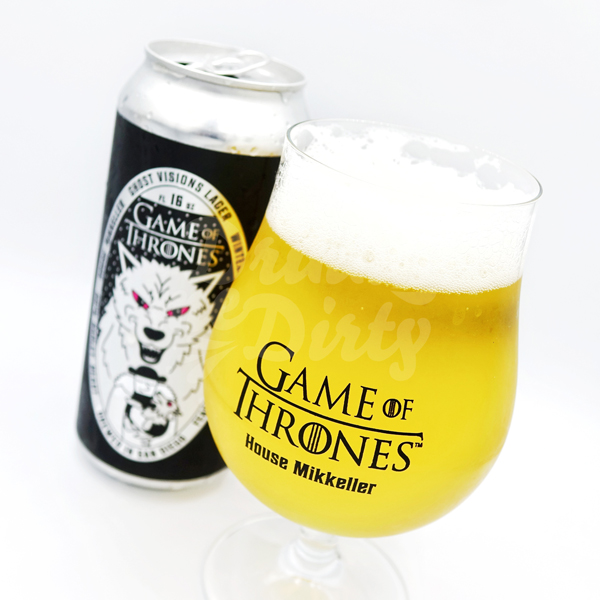 Game of Thrones Ghost Vision is a dry, refreshing, lightly malty, and bitter German-style lager that features classic German hop qualities (e.g., spicy, herbal). We think this is something to be consumed on a warm summer day in the Riverlands. A mineral character can be expected from these types of beers but this quality should never be harsh. All in all, we think this is another excellent interpretation of the style.