Jedi Mind Trick is a molé-inspired Imperial Stout brewed by Three Hills Brewing and Emperor’s Brewery. This beer takes after BPAVK by Three Hills with small addition of smoked malt, and was fermented with molasses as well as Demerara sugar. Jedi Mind Trick was conditioned further on Mexican cacao nibs and Morita chipotle chilis. 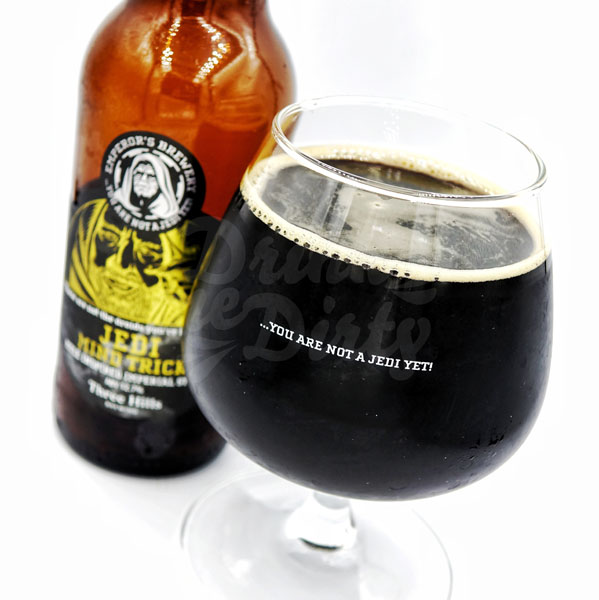 Jedi Mind Trick is a proper molé-inspired Imperial Stout that walked the talk. We have tried a couple of these molé-inspired beers and ended up being disappointed; sugary sweetness was off the charts and the spice addition was simply an afterthought. For Jedi Mind Trick, we particularly enjoyed the balance between the malt and spice complexity. Despite the spice addition and high alcohol content, this spiced Imperial Stout remained an enjoyable and smooth beverage. Excellent.