Terrifica is an “Italian-style Pilsner” brewed by Wayfinder Beer in collaboration with Heater Allen Brewing and Modern Times Beer. This emerging pilsner style is a twist on the classic German Pils but is typically dry-hopped with modern European hops.

Terrifica was brewed with spice-heavy German hops: Spalt Select and Tettnanger, and was dry-hopped with Polaris and more Tettnanger. After which, this beer was krausened with fresh Czech Pils wort and was then spunded and cold-conditioned to perfection.

This beer is being evaluated as a Mixed-Style Beer (34B) with the German Pils (5D) (but dry-hopped) as the base style, in the context of the 2021 Beer Style Guidelines of the Beer Judge Certification Program (BJCP). The most current version can be found on the BJCP website.

Clear pale gold; white head with good retention. Moderately high white pepper-like spice and lemongrass danced alongside equally intense bready and cracker-like malt aromas. Medium-light-bodied; moderate carbonation. Flavor was on the malt side with crackers at the forefront; pleasant hints of resin and white pepper spice, and a floral impression followed through. Bitterness could be described as moderate and well-rounded, while sweetness was low but melded well with the malty character of the beer. Bitterness and malts lingered a bit. 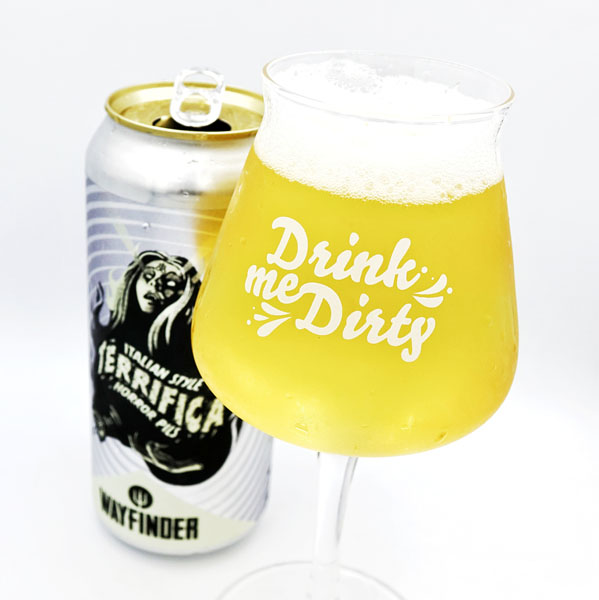 Terrifica is a take on an “Italian Pilsner,” an informal style referring to German-style Pils dry-hopped with European hops for the maximum aroma. This interpretation is a crisp and refreshing lager that balances pleasant hop aromas and flavors with a familiar bready-cracker malt backbone, and well-rounded bitterness.

It is certainly “hoppier” than a traditional German Pils, but bitterness, malt backbone, and body are crucially similar. Overall, we find Terrifica an excellent interpretation of an “Italian Pilsner.”