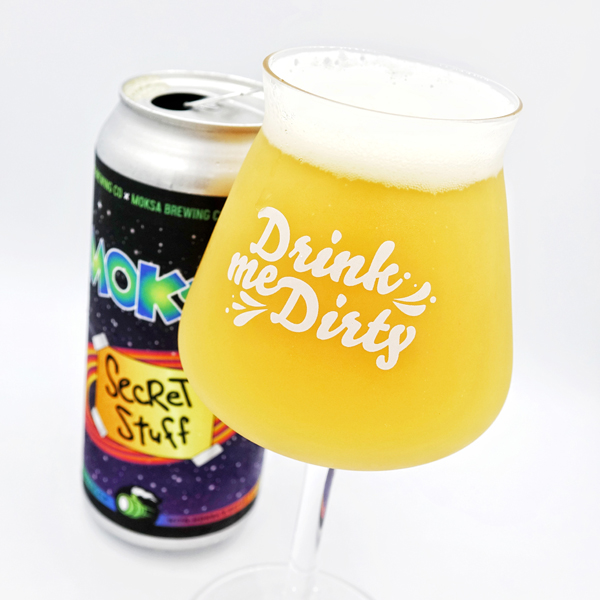 Juicy fruity mangoes meet garlicky dankess with Moksa’s Secret Stuff. Delicious and extremely crushable, this WeldWerks-Moksa collaboration is easily one of the memorable hazy beers we have tried this year. We were intrigued by how this beer remained juicy despite having low sweetness. Excellent.